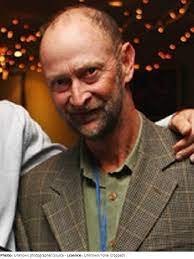 At the 2022  AGM on Saturday 9th April Jeff Archibald was unanimously voted in as a Life Member of Auckland Hockey after 64 years of involvement in Hockey.

CEO Manoj Daji said “this is well overdue and well deserved for an Auckland Hockey Icon and first class sportsman and adds to the legacy of the Archibald family and their involvement in Auckland Hockey for close to 100 years. I am delighted for Jeff and his family.”

Jeff joined the Somerville Hockey Club in 1958 as a 6 year old and played in the Hatch Cup team for 3 years and was selected in the Auckland Men’s Representative team (NHC) at age 17. Jeff has been one of New Zealand’s most outstanding Hockey players and is a member of the NZ Sports Hall of Fame.

He is our most capped Auckland player of all time with 274 games over 21 years from 1970 onwards during which time he captained the side for many years. He first played for NZ at the age of 18, playing 102 games, 38 as Captain, and was a member of the Olympic Gold Medal winning team of 1976.

Jeff coached at all levels from Hatch Cup to seniors and has been a dedicated Club Committee member for many years including Club Captain in 1996. Jeff also was a NZ level graded umpire and is a former President of the Auckland Hockey Association. Jeff was twice awarded the Bill Newsham Trophy, in 1971 and in 1986, and was awarded an MBE in 1989 for his services to Hockey at club, provincial and international level. A true Auckland Hockey Legend.