Ryan has been involved with hockey at local, regional, national and international levels as a player, coach and administrator. He has been a stalwart of both Auckland and Black Stick hockey teams during a stellar career spanning from 1997 – 2016.

Ryan has been an AKH Board Member since 2017  and chaired a working group to further the skill development and understanding of hockey across all levels of play in Auckland.

Ryan is NZ’s second most capped Black Stick with 327 appearances, scoring 51 goals, and was Captain from 2005 to 2009. Ryan represented New Zealand at the Beijing, London and Rio de Janeiro Olympic Games. He has also competed in three World Cups and three Commonwealth Games, including winning a silver medal at the 2002 Manchester Commonwealth Games.

Ryan continues to contribute to hockey at all levels, providing coaching and governance expertise for Auckland Hockey, nationally within the Black Sticks coaching programme and up until recently had still been playing top level club hockey for Somerville in the Premier Intercity competition.

Ryan has received recognition as a Member of the New Zealand Order of Merit for services to hockey. He is current Chair and has been on the Board of the New Zealand Hockey Players Association since 2014. He has supported Hockey New Zealand and players through a period of review between 2018 and 2020.

Chris brings a wealth of hockey knowledge as a former Black Stick, Olympian, current AKH and National Masters player and through her role as Head of Athlete Life for High Performance Sport NZ  , Chris grew up in the Taranaki town of Stratford, played for the Black Sticks for 11 years after her debut in 1983, notching up 86 test caps including attending the 1984 Los Angeles and 1992 Barcelona Olympics.

Chris was a teacher and then deputy principal of Auckland’s Diocesan School for Girls before taking on the HPSNZ role, heading a holistic programme helping high perfomance athletes deal with professionalism, care for their wellbeing, and plan for life after their sporting careers.

Along with coaching the New Zealand U15 girls and being an assistant coach to the Junior Black Sticks, Arthur has also been involved in the Olympic movement. She was chef de mission for New Zealand at three Games – the 2013 Australian Olympic Youth Festival, the 2014 Youth Olympics in China, and the 2015 World University Games in Korea.

Her vast contribution to hockey was recognised by naming the national schoolgirls 2nd XI tournament the Chris Arthur Cup.

Dave has been involved in hockey for the last 43 years starting in 1976 at the Hutt Hockey Club in Wellington. He comes from a hockey family too so it’s only natural that he’s been in it for so long.

Dave moved to Auckland for University in 1983 and has been heavily involved since then serving both Auckland Hockey and 3 of the clubs (Somerville, University and Past Masters) in a 36 year period.

Alongside playing at a club and representative level between 1993 and 2019, a period of 26 seasons, Dave co-coached the U15 Boys Auckland Rep team in 1998 and has also served Auckland Hockey in the following capacities:

Carron was a Silver Fern Netballer for six years, and Vice Captain of the team in 1993.
A member of the High Performance Committee of Netball NZ in the early 2000’s, Carron also has Board experience having served on the Diamonds Netball Board in 2006-7.
In addition to having a stellar sporting CV Carron has been a Chartered Accountant for 25 years and General Manager at Veterinary Specialists in Auckland.
Carron is the mother of four active young adults and has coached or managed various Netball, Cricket and Hockey teams for the last 20 years including managing our AKH Under 18 Boys in 2018-2019. Carron also enjoys keeping active running, cycling and hiking.

Peter is an HR expert and current HNZ contractor in the NZ Masters space as well as being a current playing member of the Western Districts Hockey Club.

Having grown up in Palmerston North, Hockey has been a big part of Peter’s life having represented Manawatu at Hatch Cup and senior NHL level as well as Wellington and being part of a winning Rankin Cup team at Palmerston North Boys High School.

For the last 10 years or so Peter has been a playing member of NZ Masters teams that have played at the World Cup in Spain and in Trans-Tasman clashes with Australia.

Mark is the former Managing Director and owner of Avery Robinson Ltd, a company he co-founded in 1997. Avery Robinson Ltd were the sole distributors for Dyson Appliances within NZ for 21 years. He has a Bachelor of Social Science from the University of Waikato, and has previous governance experience as a member of the Board of Trustees of Cockle Bay Primary School as well as being a Trustee of the Woolf Fisher Trust & Woolf Fisher Charitable Trust and in 2021 began work as a Trustee of the Second Nature Charitable Trust in Manukau City.

Mark started back playing Hockey in 2017 with HPHC after a long break from the sport. In 2020 he was selected and played for the Auckland 40’s Men’s Masters team in Christchurch.

Mark is married to wife Rebecca (who plays for the Masters Women’s Club and has also represented Auckland Masters) and they have two daughters, Jessica and Emily all of whom play hockey. He is very much looking forward to joining the Auckland Hockey Board and helping to grow and further develop Hockey in Auckland.

Born in Ranfurly, Mandy is a former Double Olympian (1992, 2000) Black Sticks striker. Educated at St Hilda’s College in Dunedin and at Otago University Mandy played her first international against Japan for Otago in 1989, then played for the Black Sticks the next year against Great Britain as a 17 year old!
Mandy was a member of the bronze medal winning team at the 1998 Commonwealth Games in Kuala Lumpur, and was runner-up to Luciana Aymar as the FIH’s Women’s International Hockey Player of the Year after the  2000 Sydney Olympic Games. This achievement has not been surpassed by a New Zealand Hockey player.
Mandy is a successful businesswoman and is married to Olympic yachtsman and former Americas Cup Skipper Dean Barker with whom she has four teenage children.
A member of the successful K Cup winning Auckland teams of the 90s Mandy played club hockey in Auckland  for the Grammar Windsor Hockey Club.

Abbie was born and raised in Tamaki Makaurau and started her hockey journey late in the piece at 15 years old. One of several girls converting from netball to start an inaugural hockey team at Marist Sisters College.

Abbie then joined the Somerville Hockey Club where her uncle had played years before, playing a year in U18’s before debuting in seniors as a fresh Goalie.  During her 25+ years at SHC, she has volunteered on their committee and supported numerous activities and roles. She is now the Junior Club Captain with her 7 year old daughter starting  hockey.
Abbie has been a regular member of the Auckland Women’s Masters Team in the 35’s and 40’s and is a member of the recently reformed Auckland Masters Advisory Group. She brings a broad hockey knowledge and change management experience in her professional career to her role as an Appointed Board Member of Auckland Hockey.
Abbie is passionate about Hockey, the people and our culture. She is looking forward to being a member of the Auckland Hockey Board and enabling the development of hockey in the wider Auckland community. 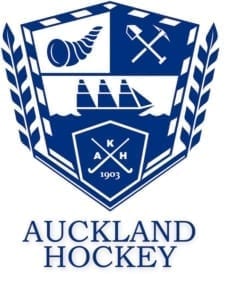