The AKH RPC was established in September 2017 and replaced the AKH Academy. RPC is for AKH and HNZ identified players aged 16-23. Players are identified for RPC selection by AKH Rep Coaches and the HNZ Athlete Pathway personnel. Players for the 12 month programme are notified in September each year for either an October start or January start depending on their current year’s hockey load.

The programme may include HNZ identified athletes shifting to AKL for university or work. 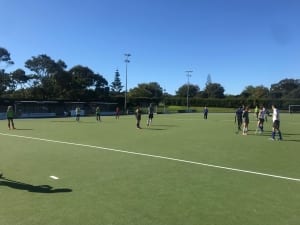 The RPC programme has the following pillars:

Players in the programme operate in two blocks:

April to September: Pillars 3 and 4 held in season. During this block players are monitored and tracked against their Individual Performance Plans (IPPS) by RPC Coaches.

The RPC Coaches are specialist coaches including:

AUSTRALIA EXCHANGE PROGRAMME ( On Hold due to COVID 19 restrictions)

AKH has also re-instituted an annual exchange programme for school leavers and those players aged under 23. Each year a Mens and Womens u23 team will travel to Sydney, Melbourne or Brisbane to play against State u21 teams in a four day intensive block of hockey education.