Be Inspired Boys and Girls – You Don’t have to look too far! 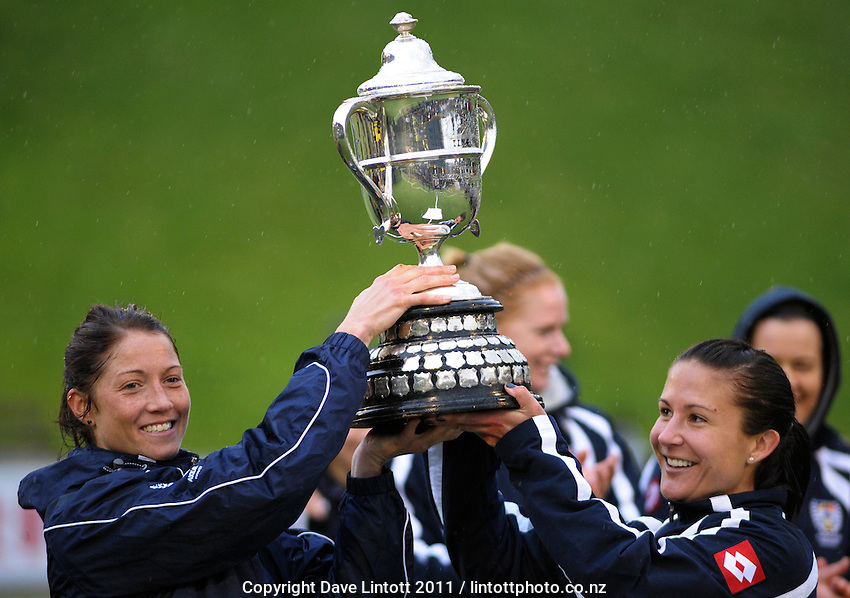 International Women’s Day last week is a really great way of highlighting  women role models in our community, not just sport. Mothers, Sisters, Cousins, Aunties, Grandmothers and other significant women in our lives. For us at Auckland Hockey  we celebrate and recognise all women in hockey in our community who have contributed to our rich 119 year old history. Everyday women and girls who participate, play, coach, support, referee, officiate and administrate.

Young Auckland Hockey girls and boys do not need to look far to find inspiring role models in our clubs and schools in Hockey and on the new ROLLS of HONOUR at LEP stadium showcasing the names of around 800 players who have represented our association since 1903.

There is so much about the women on the Roll that inspires, from the story of the late greats Betty Griffin and Margaret Chappell through to Sheryl Law QSM and Krystal Forgesson our most capped international player, and every player in between to current.

Players on the Roll of Honour inspired many in the way they carried themselves on and off the field.

Being inspired and aspiring matters. Many of the current young players in the Black Sticks will have been raised in the game on tales of the success of the New Zealand women of the past as well as the more recent team that famously won gold  against Australia in the final of the Commonwealth Games on the Gold Coast.

Krystal Forgesson sums it up so well in our soon to be published AKL Passport for all young Auckland players representing our proud province for the first time with this small extract on what it meant to her to play for Auckland. 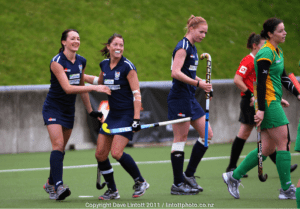 “My first memory of representing Auckland was at the age of 11 at the Collier Trophy tournament which was held in Gore. Just going away at that age brought a lot of excitement but heading somewhere new and so far from Auckland meant I just couldn’t wait for tournament week to arrive. The cold in the south had its challenges for us sheltered Aucklanders and I recall wearing plastic bags under our uniforms to help keep us warm and dry during some games. In the end we experienced quite bad weather with a lot of snow and the tournament ended up being called off! While this was disappointing, I still had a really positive experience for my first ever tournament wearing the blue and white colours. I made some really great friends who I am still extremely close with today.

“My most proud moments of representing Auckland are at the National level; firstly, the year I debuted (and we won) the K Cup and secondly as competition winners of the NHL in 2011, 2014 & 2015. I made my NHL debut at 18 and was in absolute awe of the players I was luckily enough to learn from and play alongside. Players like Anna Lawrence, Leisen Jobe, Sandy Bennett and Jenny Shepherd just to name a few; but it was just incredible to have had the opportunity to be guided by some of the best female hockey players NZ has seen. These players were hard working, relentless and determined to win which really influenced the way I eventually prided 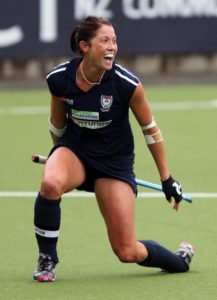 myself on in every game I played. The successful campaigns of 2011, 2014 and 2015 all had similarities in terms of team goals and buy-in. By 2011 we had built relatively consistent squads & personnel year on year and had become a really close knit group who were extremely respectful of each other. This was vital in ensuring we truly did play for our team mates and would do anything for each other to be successful. These are the memories I love reflecting on the most; working as hard as we possibly could and producing some exciting, successful hockey even when the other regions certainly seemed to step up and do what they could to try to knock off the Aucklanders!”.