At the Board’s first meeting after the recent AGM Peter Lowndes was elected by ordinary resolution of the Board as an Appointed Board Member under clause 14.2(c) of the Auckland Hockey Constitution.

Peter is an HR expert and current HNZ contractor in the NZ Masters space as well as being a current playing member of the Western Districts Hockey Club.

Having grown up in Palmerston North, Hockey has been a big part of Peter’s life having represented Manawatu at Hatch Cup and senior NHL level as well as Wellington and being part of a winning Rankin Cup team at Palmerston North Boys High School. For the last 10 years or so Peter has been a playing member of NZ Masters teams that have played at the World Cup in Spain and in Trans-Tasman clashes with Australia.

We are very fortunate to have a person of Peter’s calibre and knowledge of the game at all levels join our Board. Welcome Peter!

The Board and Auckland Hockey sincerely thank Jan for her contribution to our association over the last 3 years. To have a former club, rep and International player perspective has been invaluable. No doubt Jan would have continued to add significant value to our work in 2020, however, the board understands the priority that comes with being a new mum. We know Jan will be great at this latest joyful chapter of her life. Our 117 year old Auckland Hockey Association is richer for Jan’s involvement. 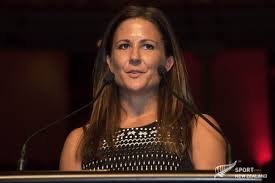